...that you've been reading too much Patrick O'Brian (contributed by various members of The Gunroom):

You start wishing people joy. "Wish you joy of your new car."

You blame your recent bad luck on lack of any backstays nearby to scratch.

Your arguments with your spouse now involve phrases like "Which I already took the trash out, didn't I?"

You use the phrase "brought by the lee" in every day situations.

You call cleaning your house "a clean sweep fore and aft".

You've ever heard "Roast Beef of Old England" and found yourself getting hungry.

When you see an unusual beetle, you feel guilty for not putting it in your pocket.

All the metal in your house is polished really, really well.

Which you join the Gunroom, don't you?

You find that your supply of port and porter has gotten almost out of hand, and you've embarrassed every one in your lunch group by calling for a capital Madeira as an aperitif.

You look at your children's guinea pigs, and wonder if they can be et.

Which you start every sentence with "which", now don't you? Because why? Because you've been reading the Canon too much.

Which I was just remarking to my son Preserved...

So Starbucks is going to close for three hours tonight to train the staff in core values and the like. Gee...maybe they should listen to what the customer has had to say, instead?

I enjoyed Starbucks when I worked in NYC, it was several steps above the carts on the street. But lately, I'd rather pull my own espresso shot. I enjoyed Howard Shultz's book Pour Your Heart Into It, but I think the company that he was so passionate about is long, long gone.
Posted by Frederick Paul Kiesche III at 07:00 0 comments 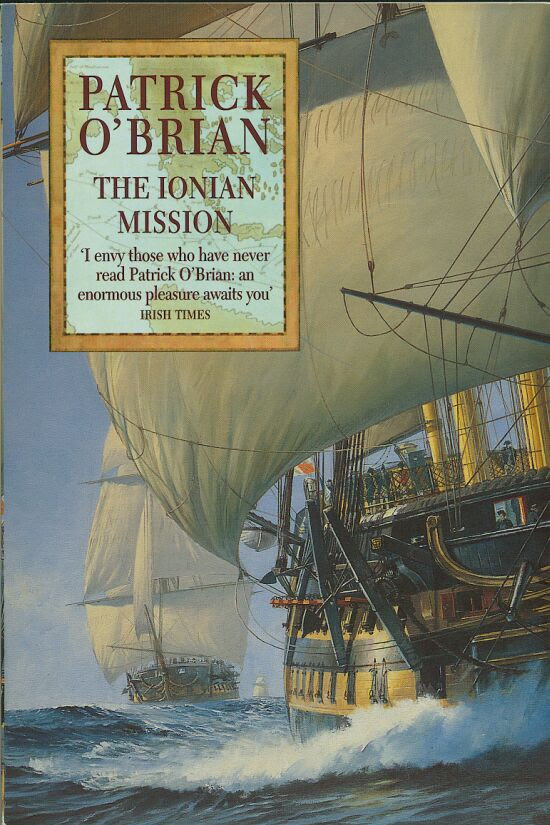 From about this point the exact sequence of events escaped him: he was conscious of swallowing a great deal of seawater, and then of sinking for a while, and then of finding that he had lost his direction as well as his strength and what little buoyancy he ever had, but soon he seemed to be in a perpetual agitated present in which things happened not in a given order but on different planes. The enormous voice that cried 'Back the foretopsail' high above his head, the renewed sinking into the depths, dark now from the shadow of the hull, the rough hands that grasped his ear, elbow and left heel, dragging him over the gunwale of a boat, and the midshipman's anxious 'Are you all right, sir?' might all have been contemporary. It was not until he had pondered for a while, gasping in the sternsheets, that occurrences took to following one another...

A gallery of covers for plastic models that never were...but should have been! Aurora Models provided a lot of building entertainment for me: the Seaview and the Flying Sub (both from Voyage to the Bottom of the Sea), the UFO from The Invaders, the whole amazing classic creature line!
Posted by Frederick Paul Kiesche III at 07:00 0 comments

Engineering for the Future

The National Science Foundation has announced the (in their view) the fourteen greatest engineering challenges for the 21st century. No space elevators, but some pretty interesting stuff here.
Posted by Frederick Paul Kiesche III at 06:59 0 comments

I have books. Lots of books. My wife says way too many books. But, hey, it's better than some habits I could have!

Storage is always a problem. We have bookshelves throughout the house and a good chunk of the collection is in semi-permanent storage in boxes in the basement.

Via BoingBoing, something to make me wish for a house other than a ranch. Book storage in a staircase! Way cool!
Posted by Frederick Paul Kiesche III at 06:59 0 comments

Roy Scheider passed away yesterday at age 75. A lot of folks probably remember him best for Jaws, but my favorite film moments were his roles in Sorcerer (an underrated remake of The Wages of Fear) and as Dr. Heywood Floyd in the film version of 2010: Odyssey Two. Tons of other memorable roles such as All That Jazz, The French Connection and more.
Posted by Frederick Paul Kiesche III at 06:58 0 comments

Via the Wayback Machine, pictures of Robert A. Heinlein's bomb shelter! This was the model for the bomb shelter featured in Heinlein's novel, Farnham's Freehold (click on the link for several sample chapters).
Posted by Frederick Paul Kiesche III at 06:58 0 comments

Yes, I've read it before. Heck, I read it last year. And now I'm reading it again...twice...once (via audiobook) to hear the ebb and flow and to make mental note of places to read more closely and once (via the hardcover omnibus boxed set edition).

So join me as I participate in the 2008 Gunroom Group Read of the Patrick O'Brian Aubrey-Maturin series. This will be the first (continually growing) entry, I'll update this as I work my way through. Bits are being posted at The Gunroom mailing list and I may snip bits of the responses as they come up from there.

In the meantime, may I entreat you (if you are interested in O'Brian, even vaguely) to join either The Gunroom or a newly formed Yahoo Group, Reading Jack Aubrey? The Gunroom is somewhat wide in its discussions, after all, it is about Patrick O'Brian "and everything else". But, if you can take the volume, you'll find a nice bunch of folks and learn much from what we call The All-Knowing List. Reading Jack Aubrey is focused on The Canon, and there are strict rules regarding spoilers, but the discussion there will benefit folks new to the series.

I've hauled down the first volume of the O'Brian omnibus editions, and opened it to Master & Commander. I've loaded the iPod with Evenings in the Captain's Cabin and other appropriate pieces. I've unwrapped a virgin Moleskine for taking notes...

I'll post a couple of these today. In some cases, I quote (never extensively), in others I write, sometimes I do both. I've not reached any where near the levels of some of the more learned coves at The Gunroom, but someday...

...a witty, agreeable minuet, no more: but it was succeeded by a curious difficult, almost harsh last movement, a piece that seemed on the edge of saying something of the greatest importance...The rest of the quartet joined the fiddle and all of them worked back to the point from which the statement might arise: it was essential to get straight back into the current...He heard the noble conclusion and recognized that it was far beyond the straightforward winding-up that he had forseen, but he could take no pleasure in it.

No pleasure in the music, as that civilian in the rusty black coat has been bothering him!

What struck me about this passage is the internal (to Jack) description of the music in terms that are almost cosmic in scope. All from a "simple sailor"? Surely we swim in deep waters here...

Jack Aubrey looked out of the long, elegant windows into the night: Saturn was rising in the south-south-east, a glowing ball in the Minorcan sky. A nudge, a thrust of that kind; so vicious and deliberate was very like a blow. Neither his personal temper nor his professional code could patiently suffer an affront and what affront was graver than a blow?

Things are not starting well for the relationship. In fact, it appears here that the friendship will die before it is born.

The mention here of Saturn struck me a couple of ways. Jack is inside, looking outside. I assume that the windows are open, due to the heat or just warmth. The interior is probably lit—candles? So it is not as bright as we are used to...but Saturn? Spotting Saturn from inside a lit area with photon-soaked eyes?

So is there another connection with Saturn? Something astrological? Something to do with time? Or another "aspect"?

What else is there?

The Gloves Are Thrown Down

"My name is Aubrey, sir. I am staying at the Crown."

"Mine, sir, is Maturin. I am to be found any morning at Joselito's coffee-house. May I beg you to stand aside?"

Tensions are still running high and things have been ratcheted up in my eyes. Indicating where you are staying so that the seconds may approach and propose the ground for the duel to be fought at?

As Jack leaves the music room, he runs into several people he knows. One of them is the Commadant's secretary, who gives him a "significant look".

This man was involved in a shattered promise to Jack of a captured privateer. The ship was given to the secretary's brother.

What is behind the "significant look"? Jack's relationship with Molly Harte? The knowledge that Captain Harte is meddling with Jack's pending appointment to the "Sophie" by delaying the message and sending Captain Allen off as soon as possible? Which side is the secretary on?
Posted by Frederick Paul Kiesche III at 06:55 0 comments

The ever informative Ansible, Issue #247, is up!

Oh my. Tell me that kid ain't gonna catch heck in school.
Posted by Frederick Paul Kiesche III at 06:55 0 comments

Just in case the original is taken down...

oh hai. i r internets dating kitteh. luking for a nise gurl kitteh to snorgle. i like cheezburgers, bukkits, monorails, invisible stuf and surprises. iz liek emo mewsik too! mebbe we can have noms tugether and get to noe eech uther. if we get along mebbe we can go to mewseeum and luk at van goghs picshurs or i can upgrade ur ram cuz i r internets teknologee kitteh to. den if we reely get along we can goes bak to mai plase and i nom ur kitteh cuz it has a flavor. then we can has buttsecks. dat wud be teh awesum!!1

kittehs onlee pleez *NO LOLRUS - DO NOT WANT*